Stumbling and Mumbling: Cummings on complexity

One of the more interesting errors people sometimes make is to have a useful insight but draw incorrect inferences from it. So it is with this tweet from Dominic Cummings:

I get all sorts wrong all the time. And i don’t *know* if Brexit is good or bad. Unlike remain twitter I think the world is highly complex & rapid error-correction of inevitable constant errors is almost the ultimate value.

It is wholly correct to stress that the world is complex and that errors of planning and policy are therefore inevitable. Politicians and journalists should be more aware of this.

I suspect, however, that Mr Cummings might not have drawn the right inferences from it..

Our reaction to complexity should not be to blunder around with a sledgehammer and then try to absolve ourselves by saying: “who knows what would have happened? Things might have got broken anyway.” 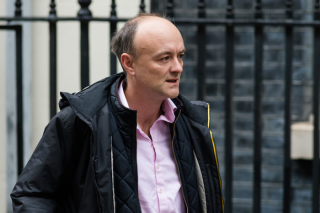 In fact, there’s a longstanding principle which recommends the exact opposite. I’m thinking of Brainard conservatism (pdf). It says that in making policy central bankers should do less than models recommend. Think of adjusting the thermostat in a strange hotel room. You don’t turn it up a lot only then to boil and turn it down a lot: you’ll never get comfortable that way. Instead, you gently tweak the thing and wait and see what happens. Alan Blinder says this idea “was never far from my mind” when he was vice-chair of the Fed in the mid-90s.

As with most general principles, Brainard conservatism isn’t always correct: there are circumstances (pdf) where over-reaction is reasonable. It is, however, a specific application of an idea that surrounds us in business and everyday life – that uncertainty and complexity makes us do less than we otherwise would. We know, for example, that businesses respond to uncertainty (pdf) by reducing capital spending. In a complex world, irreversible investments are risky.

But of course, the Brexit referendum was like an irreversible investment. Whereas voters in general elections can correct their errors by changing their vote a few years later, they cannot do the same with a referendum.

Somebody who truly acknowledged complexity would not, therefore, have wanted a referendum in the first place.

And if they had, they wouldn’t have voted Leave. The effect of doing so was to introduce more complexity into the environment and so depress business investment.

Which is why I say Cummings might have drawn the wrong inference. For me, the existence of complexity was precisely a reason to oppose Brexit. As I wrote at the time:

Brexit is “a very messy prospect, with years and years of negotiation lying ahead in a climate of uncertainty over the outcome”. Such uncertainty could dampen capital spending and investment in exporting activity.

There’s something else. Acknowledging complexity does not mean we should throw our hands up and say we know nothing. Of course, we cannot foretell the future. But we do know a few mechanisms. One of these is that trade frictions with the EU tend to reduce trade which in turn – via several channels – means less productivity. This tells us that Brexit will tend to make us poorer (pdf) over time, relative to what we would otherwise be.

Of course, in a complex world we can’t know how much poorer – and we’ll never know for sure even after the fact. But this poses the question: what plausible offsetting mechanisms are there through which Brexit will enrich us? Despite having years to answer this question, Leavers have so far come up with nothing but smoke.

For me, then, acknowledging complexity is a reason to oppose Brexit. Not, necessarily, in the sense of *knowing* for sure that it’s bad. But rather in the sense of seeing no advantage in adding more uncertainty to an already-complex world.

I suspect that Cummings’ incorrect inferences don’t stop here. It is correct, wise and important to say that “rapid error-correction” is valuable. But how do we achieve this?

It is not by relying upon smart people and superforecasters. Being clever is like having a wank – self-gratifying but of little use to anyone else. Instead, I’d suggest three other things.

First, avoid the obvious errors in the first place. We now have a long inventory of cognitive biases. Much of my day job consists of warning retail investors to be on guard against these. Policy-makers should also be vigilant. But I see little evidence that they are: the most important such bias, says Daniel Kahneman, is over-confidence. How much of this is there in politics?

Secondly (and relatedly) avoid judgment and stick to rules. The investment environment, for example, is tremendously complex. The solution is to stick to a few rules, such as holding tracker funds; avoiding high-fee funds; and reducing exposure when prices fall below a ten-month average. The analogue on politics is to rely upon a few things that you know for sure.

Thirdly, we need automatic feedback which corrects errors: this is the great virtue of the market mechanism when it operates properly. Such feedback loops can be imported into policy-making. We know – thanks to the work of Prakash Loungani – that economists cannot forecast recessions: that’s consistent with complexity. Even the best monetary and fiscal policies, therefore, can only repair the damage after the event. What we need instead are powerful automatic stabilisers which include progressive taxes and a strong welfare state.

In the same way, labour market regulations and complicated welfare policies entail all sorts of trade-offs and uncertainties. One answer to such complexity is to pursue a simple alternative. As Dan Davies says: “whatever your favourite social policy might be, full employment is probably the best way to achieve it.”

So, I suspect Cummings has drawn entirely wrong inferences from his premise. But I cannot be harsh on him, because in acknowledging complexity he has made a leap which most of the rest of the political-media class has not. And until they make that leap, the important question of how we cope with complexity will not get the attention it deserves.

Saint Symeon of the Wondrous Mountain and the Blind Old Man…

The Rose Resort in Virginia Could Be Complemented by NFL…

The future of psychedelic-assisted psychotherapy | Rick…

US Buys Millions Of MONKEYPOX Vaccines Amid Global Outbreak