Short Seller Reports: Everything You Need to Know


If you’ve been in the market for some time, chances are good you’ve heard of short seller reports.

I’m talking about those few Twitter guys, whose one tweet may send shares running scared for their lives…

One of the most active stocks of the past few sessions went from nearly $3 to barely over $1 in under 30 minutes, following a bearish report by Kerrisdale Capital.

So, what is going on here and how can one tweet drop shares a full 70%? Let me explain…

The answer is pretty self-explanatory: these are short traders who develop deep bearish convictions based on extensive research into the company – which they don’t hesitate to communicate to the rest of us, usually by means of Twitter.

Obviously, it’s no simple task – short-sellers that can truly crash a stock have long and well-established track records of uncovering things that the market has been missing.

More often than not, these guys use unconventional, “private investigator-type” methods to uncover fraud, hence, if the allegations look credible enough, a stock may react in the most violent of ways – after all, who wants to own a company that’s misleading the public?

Due to the investigative nature of their work, their report reports often look and sound more like an Agatha Christie crime novel, or a detective TV show, rather than a conventional analyst report.

Here’s an excerpt from Hindenburg Research’s report on HMBL: 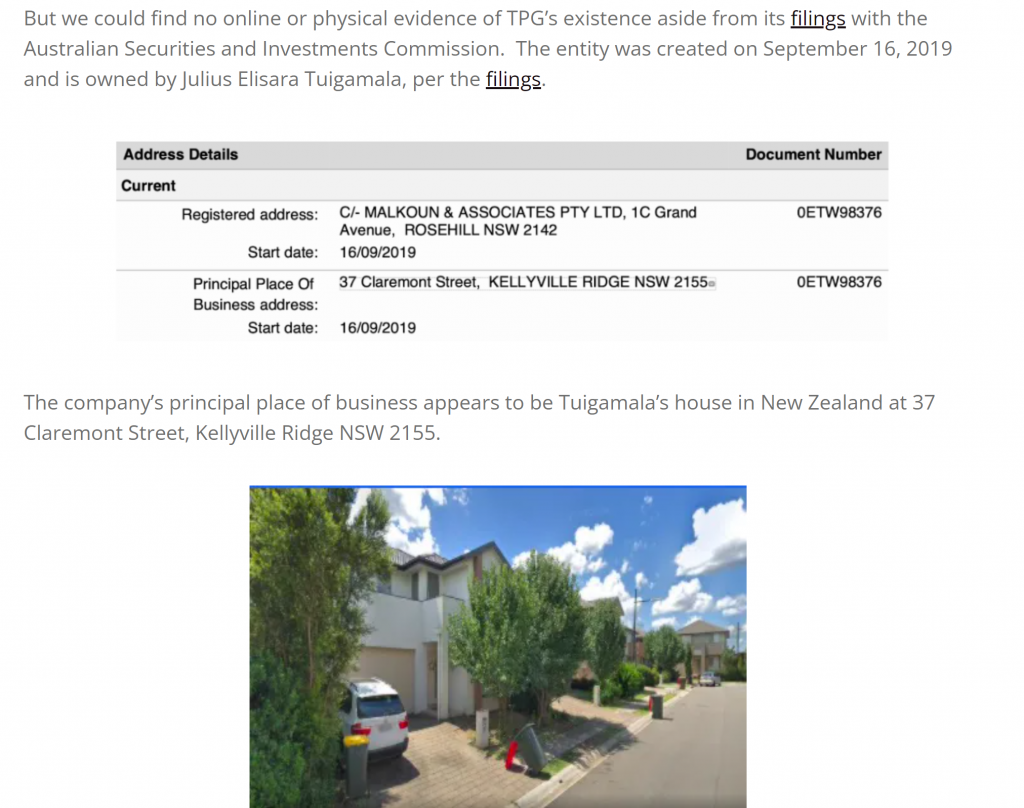 The analyst uses all kinds of public data to find that HMBL’s $15M partner company is a hoax.

But no matter the language, the styling, or the manners – when these guys speak, it’s worth listening. And I don’t mean to jump short or sell your long immediately, but listen – they may make some very good points.

Andrew Left, for one, better known as Citron Research on Twitter has had some major hits in the past – like Valeant Pharmaceuticals in 2015 and even the whole Evergrande thing, which he spoke about as early as 2012.

Obviously, not every report is going to make it, but I’d strongly recommend you are aware and following when they tweet.

Here are a few of the guys I personally think are worth following:

There are a host of reasons.

First, these guys DO have some truly interesting research and ways of analyzing stocks you may have never thought of – from a purely educational standpoint their reports are worth a read, especially since they don’t come out very often.

Second, they can have a notable impact even on large-cap names.

Third, they may easily, single-handedly destroy small-cap stocks – remember the CEI example I mentioned at the beginning of this article?

And it’s the third one that I want to focus on.

As momentum traders, we trade intraday action in a particular stock – we don’t really care about the underlying company.

And the truth of the matter, with small-cap runners, oftentimes the underlying company’s fundamentals and storyline are… less than solid, let’s stick to diplomatic terms!

When such a stock has a multiday or a multiweek run, it may easily become a target of activist short-sellers – and you’ve already seen what they can do to its shares.

If you’re actively trading stocks with shady backgrounds – this is definitely one huge risk factor you should keep in mind, especially when doing so at elevated price levels, days and weeks into the move.

Short reports are not black and white – nothing in the market is.

I would never put on a huge short position or offload all of my long shares, simply because I get a tweet notification from one of these guys.

What I generally care about is how the price reacts to the report. There are plenty of ways to trade them, but with my style, I like to focus on 2 setups:

You may see a famed short seller speak about an ongoing runner, with menial reaction from the stock price. This is exactly what gets me interested – I know there are traders who will get short, following a short report. If the price doesn’t go their way, they’ll be trapped and will have to cover – this may present a great long opportunity.

One good example of that is GameStop (GME) and Citron Research. Here’s what he tweeted right as the stock was hovering around $40:

Well, we all know how this one ended…

If a short seller is bringing in new short traders, yet the stock isn’t going down – watch out for a squeeze and long opportunities.

Let’s go back to CEI again. The market clearly took the allegations seriously, given how much the stock has lost and how quickly.

But the flip side here is – such emotional reactionary moves may often be “too much and too quickly”, creating great bounce opportunities.

In today’s example, the stock lost nearly 70% of its value in less than an hour on HUGE volume.

Such an oversell will likely have at least a temporary bounce, as shorts cover and long start buying the dip.

Following dramatic selloffs, it may be worth looking for support areas, places where “a stock stops going down” – around $1.05 in CEI’s case – and making intraday bounce trades against these levels.

Adopt Me Ocean Egg Confirmed! Everything You Need To Know About Ocean Update Roblox Adopt Me New Pet

360 Wall Street is Coming, As I Help Members Avoid This Alarming Statistic

360 Wall Street’s Coming, After I Anticipated This Event BEFORE The Bloomberg Story…

360 Wallstreet, the better way to prepare for your trading day!!!

When Mysterious Creatures Are Caught on Live TV

Deborah Sampson: A Woman In The Continental Army | Short…

No Till Weed Update on Astarte Farm, Hadley MA HD

Get Free Food at Walmart & Other Grocery Stores ! No…