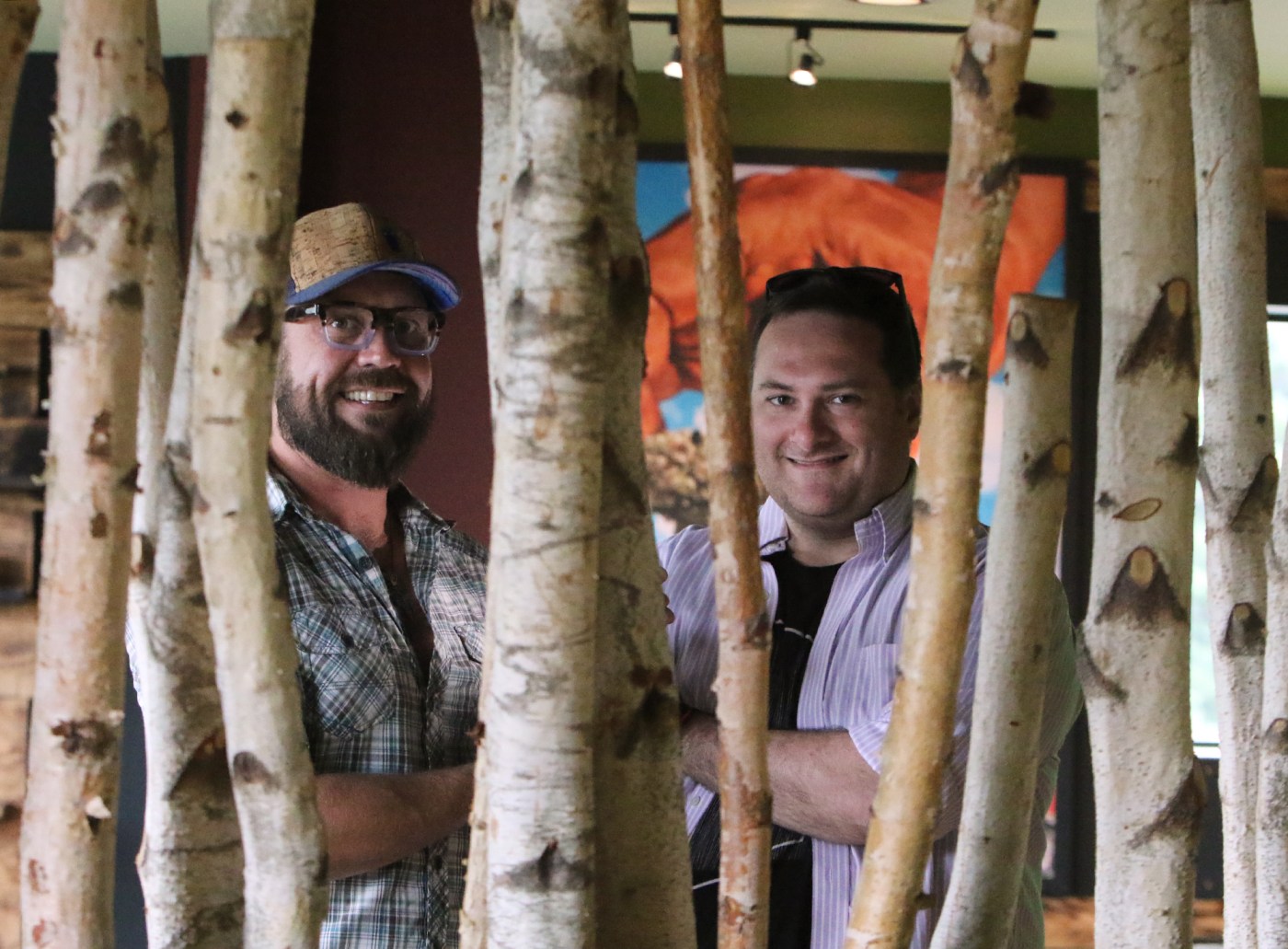 More than 150 marijuana retailers have now been approved to open in Massachusetts, and operators are walking a fine line as they try to make themselves appealing to potential customers in an increasingly competitive market without running afoul of the state’s restrictive advertising regulations.

The industry-specific restrictions and the costs of advertising have led to a broad array of strategies for cannabis companies here, from the more traditional billboard and digital media advertising to approaches that look more like political campaigns.

“We understand the fear of big tobacco, right, we understand that. We don’t want that either. But we don’t want to be treated like we’re them. We’re not them, we’re absolutely not,” Sieh Samura, co-owner and CEO of Yamba Market in Cambridge’s Central Square, said. “We’re actually local businesses. We want to be able to promote and market our products and serve our communities and audiences like others.”

The Cannabis Control Commission’s regulations give marijuana establishments the right to “engage in reasonable Advertising practices that are not otherwise prohibited … that do not jeopardize the public health, welfare or safety of the general public or promote the diversion of Marijuana or Marijuana use in individuals younger than 21 years old or otherwise promote practices inconsistent with” the state’s cannabis laws.

For nearly all forms of advertising — television, radio, podcast, internet, mobile app, social media, billboard and print ads — the CCC requires that the company placing the ad can prove with audience composition data that adults 21 or older make up at least 85 percent of the audience, a standard that works to limit advertising opportunities and forces companies to reach customers in new ways.

‘It really is about storytelling’

The co-founders and co-CEOs of Tree House Cannabis, Ture Turnbull and Wes Ritchie, are preparing to open marijuana retail shops in Dracut and later in Pepperell. But they met and became friends years ago when they were both working as aides in the State House, an experience that they are tapping into for Tree House.

“It seems like a lifetime ago, but a lot of the values and, honestly, the respectful relationships come from that space, and our ability to navigate what is a highly regulated industry,” said Turnbull, who worked for the Joint Committee on Tourism and Cultural Development with former state Sen. Stephen Brewer, D-Barre, and state Rep. Denise Garlick,-D-Needham.

From the get-go, Turnbull and Ritchie wanted their stores to be different from what they were seeing elsewhere. They wanted their shops to be fun and inviting for people of all ages and all walks of life, and they wanted to make sure the smaller cultivators and product manufacturers in Massachusetts get shelf space there. Now, they just have to make sure potential customers know about them and their values.

Ritchie, who worked for Rep. Tom Sannicandro, D-Ashland, and Sens. Dianne Wilkerson, D-Boston, and Barbara L’Italien, D-Andover, pointed out that “cannabis is creating a moment for billboards” in Massachusetts, with numerous highway signs pointing drivers to the nearest retailer. But that’s not the approach Tree House Cannabis plans to take.

“We’re looking at the blocking and tackling of going beyond billboards and what we really can do,” Ritchie said. “What every cannabis company has to do — on top of opening your business and making it through the regulatory process — is engage in a really thoughtful way to find out what’s OK, what’s not, and put a lot of time and resources into — if you’re doing any targeting — making sure it’s absolutely compliant with the really strict regulations. We are totally focused on going beyond billboards in a way that other folks are not.”

That includes partnerships with local organizations and artists as well as a stage built into the retail floorplan, where local musicians can perform or producers can answer questions about their products. It also includes affinity marketing, like sponsoring local LGBT softball leagues this summer.

“The thing Ture and I bring together, especially coming out of the State House and coming out of politics, is a focus on doing grassroots advertising and really making sure that the way we’re doing outreach looks a lot like community building … helping people learn about the different products in the same way you learn about a candidate,” Ritchie said. He added, “We were already seeing the buzz start to be generated about us through literally blocking and tackling affinity work. It’s not like you can go big in advertising in cannabis … a lot of stuff is restricted and so we’re doing a community-building model and affinity-specific model. It’s storytelling, it really is about storytelling.”

Expensive, one way or another

For Samura, who is preparing to open Yamba Market in Cambridge, the storytelling begins with his company’s name.

“The word ‘yamba’ comes from an African word ‘mariamba,’ and ‘mariamba’ actually became the root word for ‘marijuana’ in the Americas. So the word yamba is still used throughout the world and in West Africa,” he said. “And that’s how I see cannabis. It’s one of these cultural things that people from all different cultures can relate to, and what we’re trying to do at Yamba Market is say that cannabis is for everyone.”

Before he began working to open a retail store, Samura was involved in the cannabis community as a medical marijuana caregiver and as an advocate for consumer rights and equity in the industry. His constant presence within the community earned him the nickname “Chief.”

“I found a lot of value in really continuing to do that, telling my story, advocating for cannabis consumer rights but also an equitable market overall. And there’s always so much to share there, so with that, I get to tell my story of why I got into this and why would I be trying to open a weed store,” he said.

Samura said maintaining his ties to the community has helped him get word of his new store out without relying on more traditional advertising practices that are prohibited or impractical for businesses like his.

“It lends itself to some of what we call guerilla marketing and less traditional ways,” Samura said. “So that’s what the smart cannabis companies are doing.”

Advertising is also expensive, whether it is done well and within the state’s regulations or if it is done poorly and violates the CCC’s rules.

“As the environment is more restrictive for advertising, it makes it more expensive,” Samura said.

Mentioning the possibility of a CCC fine for violating the regulations, he added, “I cannot afford a fine, I can’t afford to get banned from Facebook. I need all the juice I can get … for a company like mine, when we’re looking at how to market ourselves, this just makes us more creative.”

Marijuana remains illegal at the federal level, and the Federal Communications Commission, which regulates traditional television and standard radio, generally frowns upon broadcasters accepting marijuana ads regardless of the plant’s legal status in the broadcaster’s state.

So when the wildly popular “Felger & Mazz” show on 98.5 FM The Sports Hub goes to commercial break, listeners in their cars hear ads for weight loss programs and drain cleaners. But people who listen to the web-based podcast version of the show later on hear Sports Hub personality Jim Murray pitching a cannabis delivery service.

“Getting cannabis in Boston has always been a hassle, but Lantern has changed the game. I can now get my cannabis discreetly delivered right to my door the same day I placed my order,” Murray says in an ad for the cannabis delivery company that began as an independent subsidiary of alcohol delivery service Drizly.

During other ad breaks during Sports Hub podcasts, listeners hear promotions for Lazy River Products, a Dracut marijuana retailer. All of the legally required disclosures make the ads twice as long as others, so listeners now have to hit the “skip ahead” button twice to get back to their podcast.

The Interactive Advertising Bureau said last month that the cannabis sector, which includes CBD, “is on a hyper growth path” thanks to the spread of legalization efforts, an influx of investment money and mainstream products backed by icons like Snoop Dogg, Jay-Z and Martha Stewart.

Seattle-based ad agency PrograMetrix said digital audio — things like streaming music or podcasts — is particularly popular with “high-value cannabis and CBD consumers between the ages of 21 and 34” and that “with the continued rise of podcasts and streaming music services in recent years, digital audio’s market share is expected to continue increasing.”

And a 2017 survey of more than 150,000 podcast listeners conducted by Midroll Media found that 60 percent had purchased a product after hearing it advertised on a podcast.

Restrictions on advertising exist for other products, like alcohol and tobacco, and have been envisioned as part of the legal marijuana landscape for years.

The 2016 ballot law that legalized nonmedical marijuana in Massachusetts and the Legislature’s 2017 rewrite included language directing the CCC to include “reasonable restrictions on signs, marketing, displays and advertising with respect to marijuana, marijuana products and marijuana accessories, including prohibiting marketing or advertising designed to appeal to children.”

The CCC restricts advertising for medical and recreational-use cannabis licensees, prohibiting television, radio, podcast, internet, mobile app, social media, billboard and print ads “unless at least 85% of the audience is reasonably expected to be 21 years of age or older as determined by reliable and current audience composition data.”

If regulators request it, licensees have to turn over the audience composition data that demonstrates the advertising is in compliance. but the CCC does not pre-approve ads or advertising opportunities. A commission spokesperson said the agency responds to inquiries about advertising compliance and looks into alleged violations as needed.

CCC rules also require that any cannabis advertising includes the statement “Please Consume Responsibly” in a clearly visible spot and at least two of five cautionary statements provided by the commission, such as “There may be health risks associated with consumption of this product” and “This product may cause impairment and may be habit forming.”

And every piece of advertising produced by or for a cannabis licensee in Massachusetts must include the following warning in the exact form in which the CCC wrote it into regulations: “This product has not been analyzed or approved by the Food and Drug Administration (FDA). There is limited information on the side effects of using this product, and there may be associated health risks. Marijuana use during pregnancy and breast-feeding may pose potential harms. It is against the law to drive or operate machinery when under the influence of this product. KEEP THIS PRODUCT AWAY FROM CHILDREN. There may be health risks associated with consumption of this product. Marijuana can impair concentration, coordination, and judgment. The impairment effects of Edibles may be delayed by two hours or more. In case of accidental ingestion, contact poison control hotline 1-800-222-1222 or 9-1-1. This product may be illegal outside of MA.”

Massachusetts cannabis companies can also get their names out there by selling branded goods like hats, t-shirts, lighters, grinders and rolling trays. Branded goods do not include marijuana or marijuana accessories like pipes or bongs, and branded goods may promote only the licensee’s brand name — not marijuana itself — under the CCC’s regulations.

‘We may be in the worst of it’

BEST BUY NEW RELEASES IN STOCK AND 4K SALE!!! Where is…

Killswitch Engage on 20 Years of 'Alive or Just…

History of the FBI: "I'm Going to Ask You to Do…