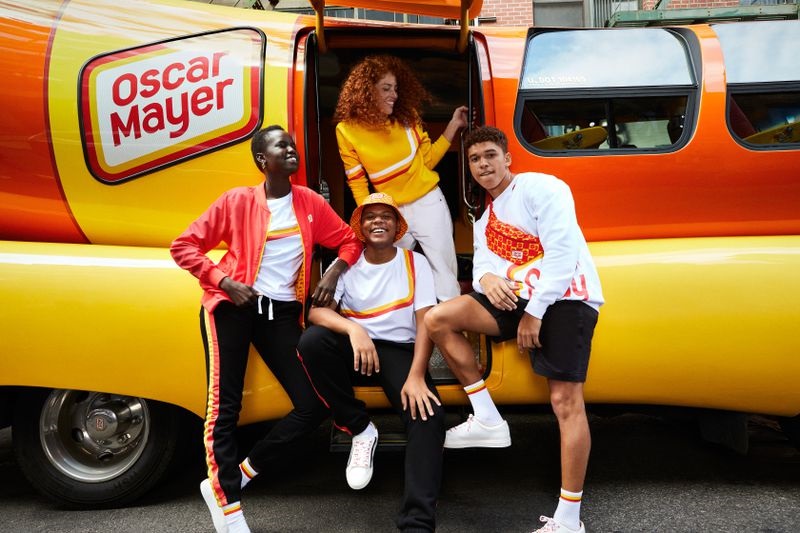 Originally designed as the modern-day uniform for Oscar Mayer’s iconic Hotdoggers — the official drivers of the Wienermobile — the limited-edition collection will be available for sale at Wienermobile pop-up shops and nationwide throughout October.

“Oscar Mayer has a legacy of sparking smiles and bringing levity to things that have gotten too serious, and streetwear is a ripe territory to playfully subvert,” Oscar Mayer associate marketing director Megan Lang said with the announcement.

“The ethos of streetwear is hyper-serious and hyper-exclusive, so we hope fans embrace the Oscar Mayer version of ‘Meatwear’ and have a little more fun getting dressed this fall,” she continued.

Fans who are interested in copping the gear won’t have to enter unwinnable online lotteries, camp out overnight on sidewalks or go to obscure neighborhoods because Oscar Mayer is selling Street Meat at tricked-out hot dog carts hiding in plain sight in New York, Los Angeles and Atlanta.

The Wienermobiles will double as pop-up shops as they travel across the country and sell the collection to fans during the month of October.

Fans are encouraged to check out Oscar Mayer’s Twitter handle for official on-sale dates and times.

Made in Massachusetts: Horseshoes

A celebration of diversity at Loading Dock Gallery – Lowell Sun

Bugha – Stories from the Battle Bus

Toy Anxiety and The Holy Grail!

Elys Applies for Kiosks, Hall of Fame Village Wants In

Don't Wear A Dress Without a Seatbelt