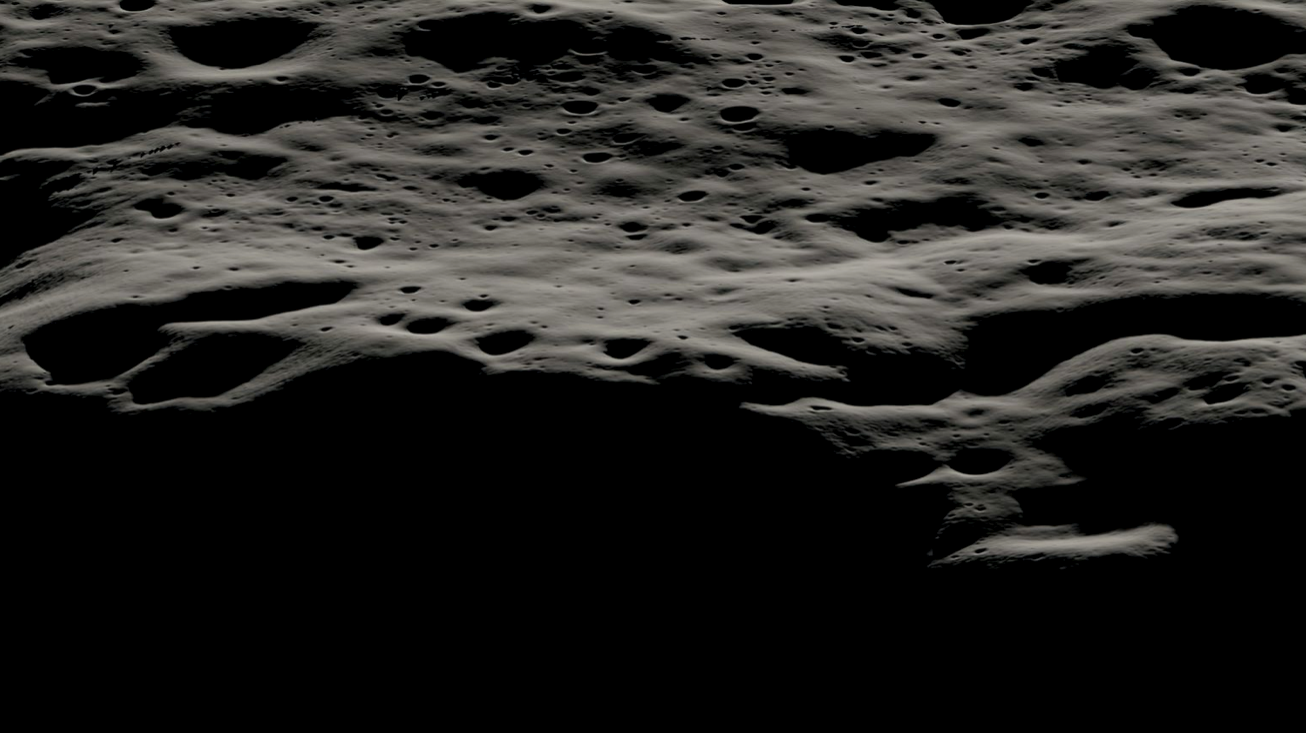 We now know where NASA’s first-ever robotic moon rover will touch down.

The ice-hunting Volatiles Investigating Polar Exploration Rover (VIPER) will land just west of Nobile Crater, which sits near the moon’s south pole, NASA officials announced today (Sept. 20). In late 2023, VIPER will fly to the moon aboard Griffin, a lander built by Pittsburgh-based company Astrobotic that will launch atop a SpaceX Falcon Heavy rocket.

“Selecting a landing site for VIPER is an exciting and important decision for all of us,” Daniel Andrews, VIPER project manager at NASA’s Ames Research Center in Silicon Valley, said in a statement.

“Years of study have gone into evaluating the polar region VIPER will explore,” Andrews said. “VIPER is going into uncharted territory — informed by science — to test hypotheses and reveal critical information for future human space exploration.”

VIPER is an important part of NASA’s Artemis program, which aims to establish a long-term, sustainable human presence on and around the moon by the end of the 2020s. Achieving this goal will require the extensive use of lunar resources, especially water ice, NASA officials have said.

Observations by NASA’s Lunar Reconnaissance Orbiter and other spacecraft suggest that the moon harbors lots of water ice, especially in permanently shadowed regions (PSRs) near its poles. VIPER is designed to ground-truth such work, telling scientists how much ice is really there and how accessible it is to humanity.

The Nobile site covers 36 square miles (93 square kilometers). The 950-pound (450 kilograms), solar-powered VIPER will measure and characterize the water ice beneath its wheels at a variety of locations throughout Nobile, including PSRs, which are among the coldest spots in the entire solar system. VIPER will do this work over the course of at least 100 Earth days using three spectrometers and a drill, which will obtain samples from up to 3.3 feet (1 meter) underground.

“The data VIPER returns will provide lunar scientists around the world with further insight into our moon’s cosmic origin, evolution, and history, and it will also help inform future Artemis missions to the moon and beyond by enabling us to better understand the lunar environment in these previously unexplored areas hundreds of thousands of miles away,” Thomas Zurbuchen, head of NASA’s Science Mission Directorate, said in the same statement.

The VIPER team had been considering four finalist landing sites near the lunar south pole for the four-wheeled robot. The other three were an area outside Haworth Crater; a ridgeline running from Shackleton Crater; and a spot near Shoemaker Crater, VIPER project scientist Tony Colaprete of NASA Ames said during a news conference today.

All four finalist sites are intriguing, and all appear to be suitable both scientifically and logistically, Colaprete said.

“Ultimately, it came down to total number of working days,” he said during today’s news conference, explaining that a “working day” is one in which the rover has enough sunlight to operate and can also communicate with Earth. (Such communication will be direct from VIPER to its handlers; the robot will not use a relay satellite.)

“We need at least about 10 or so days to fulfill our mission requirements,” Colaprete said. “We get 40-plus at Nobile, and that was much greater than any of these other places.”

The total cost of VIPER’s mission is expected to be approximately $660 million — $433.5 million for mission development and operations plus about $226.5 million for the delivery contract with Astrobotic, which includes the cost of launch, NASA officials have said. That delivery contract was signed via NASA’s Commercial Lunar Payload Services program.

While VIPER will be NASA’s first uncrewed rover to hit the gray dirt, it won’t be the agency’s first wheeled lunar vehicle of any kind: NASA launched astronaut-driven moon buggies on the final three Apollo missions, in 1971 and 1972.

Copyright 2021 Space.com, a Future company. All rights reserved. This material may not be published, broadcast, rewritten or redistributed.

Where To Pre-Order Game & Watch: The Legend of Zelda

Mental Health Care Should Be Available for All, Not a Luxury

The Scientists Fighting for Parasite Conservation