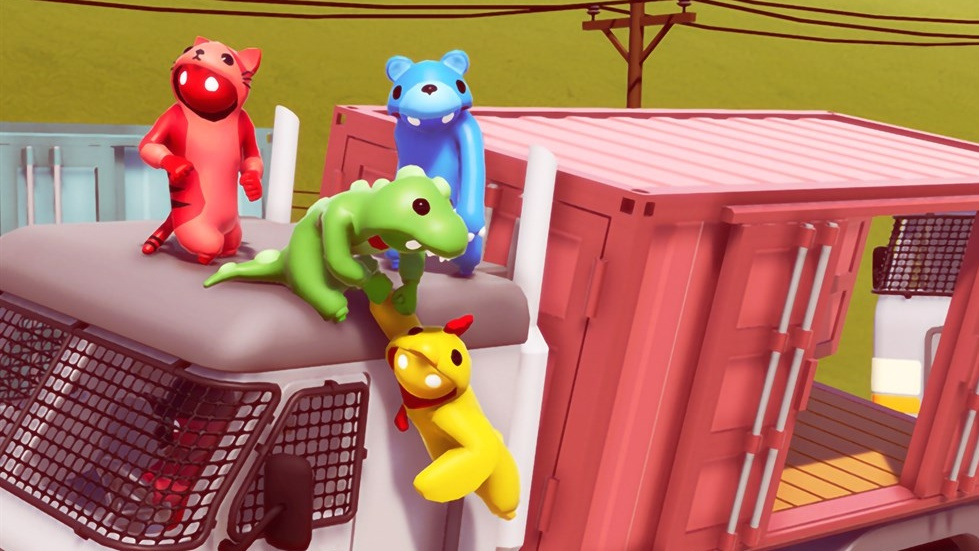 Popular multiplayer party hit Gang Beasts will punch its way onto the Switch eShop on 7th October, it’s been confirmed.

The Switch version comes packed with 21 stages and costume customisation, as well as online and local multiplayer – the latter of which is exclusive to Nintendo’s platform. Gang Beasts was first revealed for Switch in August during an Indie World Showcase, but was actually being considered for a release on the platform all the way back in 2017, can you believe?

Customise your character and fight local and online enemies in the melee game mode or fight with friends against the gangs of Beef City in the gang game mode.

The game will be available on the eShop for $29.99 / €29,99 / £24.99, but a physical version will also be arriving at retailers on 7th December. If you’re the collecting type, you might want to hold on and grab a copy for any Christmas parties you’ll be planning.

Have you enjoyed Gang Beasts on other consoles? Looking forward to playing on Switch? Tell us in the usual place.

Freedom From Abuse: Scandal of the Next Century

The Usos and The Street Profits target RK-Bro’s titles: Raw,…

Your Phone Could be Used to Prosecute For Getting an…

Kao The Kangaroo To Get A Fancy ‘Kaollector…