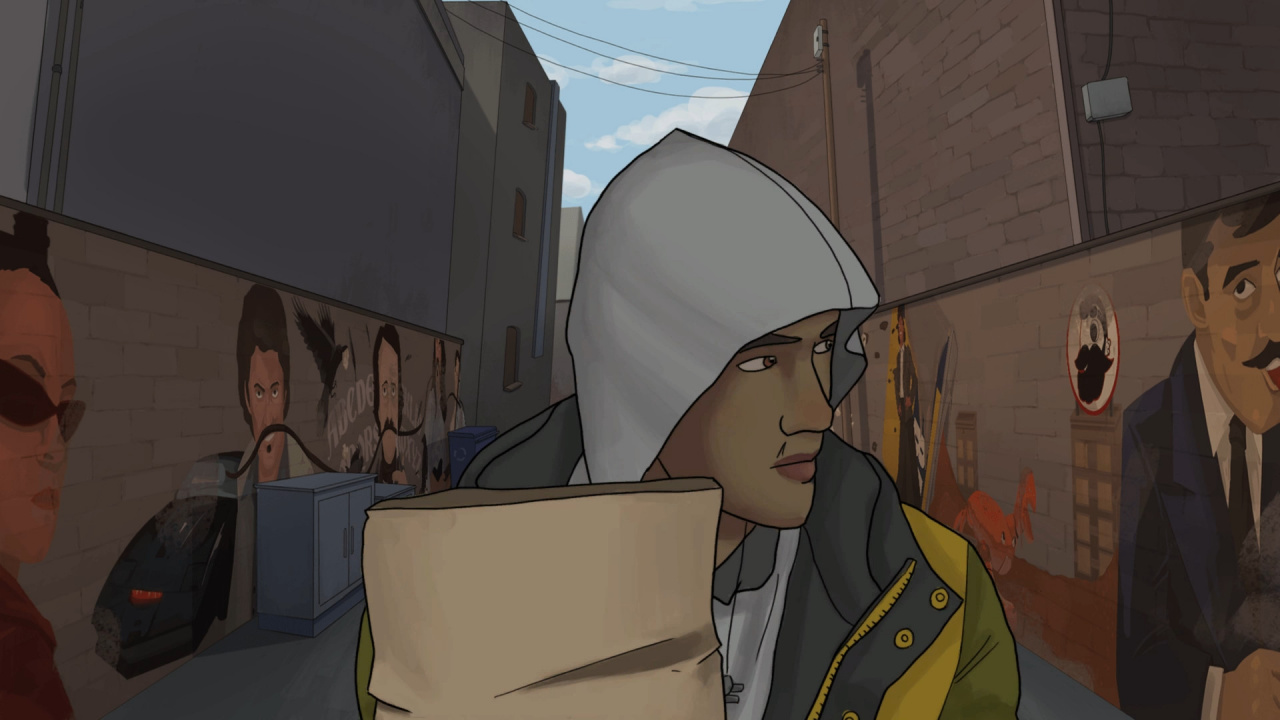 While download stores are full of certain game ‘types’ all vying for the same audience, there are also Indie studios producing experiences that are rather unique. Frank and Drake, from Spanish studio Appnormals Team, may be one to watch when it arrives on Switch in Spring 2022.

Appnormals Team previously developed STAY on Switch, itself a fascinating piece of storytelling that we quite enjoyed in our review. Frank and Drake certainly has eye-catching visuals, which utilise a rotoscoping technique in which live action video is then painted over frame-by-frame. In terms of the storyline it draws inspiration from Frankenstein and Dracula, as two roommates communicate solely through notes and other means. One works only at night, another in the day, and the game promises multiple mysteries, varied characters to meet, assorted puzzles and multiple endings.

Frank and Drake will be structured in 6 days and 6 nights, and the 7th day will be only day or night based on user’s choices and path chosen. Days will not always be consecutive, timelapses in between will happen. It starts with Frank on the exact day that marks one year as a custodian of the building where he lives and struggles to keep up with his job duties while enduring autobiographical and episodic amnesia. That same morning he receives a letter from the building’s owner, Ham, informing him about the arrival of a new housemate who asked for the room with no windows and works night shifts. That detail combined with Frank’s low stamina (which constrains him to diurnal life) means they never see each other. So they end up starting a curious communication system through sticky notes, the spinal cord of the branching decision. The triggering element that fractures the lives of both leads comes in the form of a strange device sent anonymously…

It looks rather interesting, and no doubt more details will emerge in the coming months. Let us know what you think in the comments.