Most of us by now are bored with rightists complaining about cancel culture. But we shouldn’t be, because they show that the left has won an important battle about the meaning of liberty.

What I mean is that such complaints show that the right has abandoned a classical liberal conception of the term.

Let’s take Friedrich Hayek’s discussion of liberty. He defined this in negative terms, as the absence of coercion, where coercion is something which “occurs when one man’s actions are made to serve another man’s will, not for his own but for the other’s purpose.”

But what exactly is and is not coercion? Here’s Hayek:

Coercion should be carefully distinguished from the conditions or terms on which our fellow men are willing to render us specific services or benefits…in a free society these mutual services are voluntary, and each can determine to whom he wants to render services and on what terms…If a hostess will invite me to her parties only if I conform to certain standards of conduct and dress, or my neighbour converse with me only if I observe conventional manners, this is certainly not coercion. (The Constitution of Liberty, p135-6).

In this sense, “cancel culture” is not coercion and not therefore a violation of freedom. If hostesses withdraw your invitation to speak to a student union because you don’t conform to their standards you are not being coerced. Nor are you if the Guardian withdraws the benefit of its employment from you – because in free society that is its choice.

Of course, the student hostesses and Guardian might be unwise or silly to “cancel” you. But on Hayek’s view of freedom they are not depriving you of your liberty. It is stupid of the Daily Telegraph to deny their readers the benefit of my wit and brilliance by not employing me as a columnist, but in doing so, it is not denying me freedom in Hayek’s sense.

But isn’t such no-platforming an example of what Mill called the tyranny of the majority?

Not for Hayek. For him, Mill’s complaint “overstated the case for liberty”. Instead, for him social pressures could be a good thing:

There can be little question that these moral rules and conventions that possess less binding power than the law have an important role to perform and probably do as much to facilitate life in society as do the strict rules of law…Conventions and norms of social intercourse and individual conduct do not constitute a serious infringement of individual liberty but secure a certain minimum of uniformity of conduct that assists individual efforts more than it impedes them. (The Constitution of Liberty, p144-7)

This gives us a defence of “woke” social norms which forbid racism, homophobia or transphobia. Such norms “facilitate life in society” for people of colour, gays and trans folk by reducing the overt prejudice they used to suffer.

If the marketplace of ideas is to work properly, some thoughts must be cancelled. Just as a well-functioning market drives out shoddy goods, so it should also drive out bad ideas. “Cancel culture” is therefore an essential part of a market. 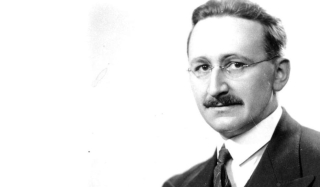 David Aaronovitch in the Times complains about self-censorship that arises from the fear “of losing our livelihoods, disadvantaging our families or of not succeeding”. On a Hayekian view, however, such extra-legal penalties are not coercion and not “a serious infringement of individual liberty”. They even serve a useful function: we want holocaust deniers, vax-opposers, racists and fruitloops to bite their tongue. If we didn’t self-censor, there would be a Hobbesian war of all against all. Do you really want to know my unself-censored opinions?

Again, you might object that our social norms are wrong. Fair enough. On a Hayekian reading, however, you cannot complain that they violate your liberty.

You might reply here, though, that Hayek’s conception of liberty was, as Martin Hagglund says in his superb This Life, merely “formal” and “utterly impoverished” as it is insufficient to provide substantive freedom.

Hayek had a reason for defining freedom this way. He wanted to show that coercion was something imposed by the state whilst the market and private sector were (except in circumstances he considered exceptional) “a very Eden of the innate rights of man*.” His idea of freedom was a way of promoting the market and a small state.

Those who complain about cancel culture being a threat to freedom, however, reject this project. If a few dippy students can violate your rights, mightn’t other private sector actors do so too in other ways? If employers limit your freedom by insisting you have particular political beliefs, don’t they also do so by insisting upon erratic or unsociable hours or low pay or bad working conditions? And if denying you a job for political reasons violates your freedom, isn’t your freedom also violated if the government, for political reasons, creates unemployment?

Once you think that “cancel culture” is anti-freedom, you are conceding the left’s claims that the private sector and employment relations are sources of unfreedom and that people should have not just political rights but substantive economic ones too, such as the right to well-paid work without oppressive employers.

We have, therefore, a lovely paradox – that classical liberalism in the Hayekian sense has been defeated not by the left but by the right itself.

So why did the right make this move? One possibility is that Hayek’s philosophy was only ever a cover for the pursuit of their material interests. In the 70s and 80s they regarded a smaller state and market forces as a means of asserting capital’s power over workers. Today, though, their concern is with protecting another type of inequality – the ability of old white men to spout off without challenge from hitherto marginalized people such as ethnic minorities, youngsters, or LGBTQI people. Conservatives’ main priority, as Corey Robin has argued, is to defend private sector hierarchies, and philosophy is subordinate to this end.

* That line is of course Marx’s.

Opioid Use Higher for Disability Applicants

Reparations. Is it finally time? | Best of #TheBlackTable w/…

Lawmakers debate if college sports should be in betting bill