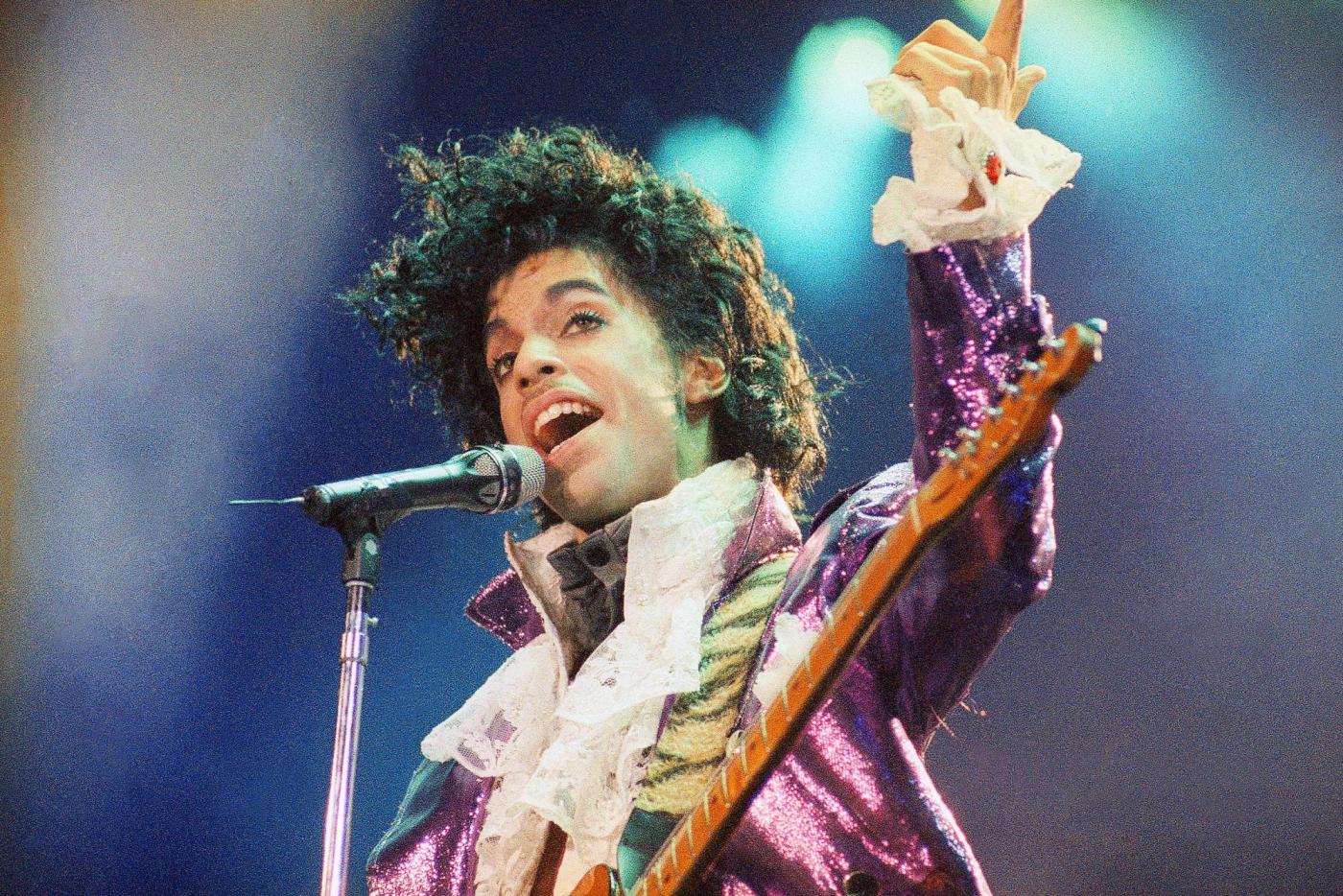 NEW YORK — The first thing you hear is a familiar voice over the sound of thousands of screaming fans.

“Hello, Syracuse and the world. My name is Prince and I’ve come to play with you.”

The Purple One soon arrives, rising up through the stage — wearing an animal print jumpsuit with a ruffled white frock, a guitar slug across his back — as “Let’s Go Crazy” starts. “Dearly beloved, we are gathered here today …” he says.

It’s the electric beginning of a high-energy concert in upstate New York held more than three decades ago, reworked and rereleased on video and audio capturing Prince & The Revolution at their peak.

“It was as amazing as I remember it was,” says Lisa Coleman, a Revolution member who was there that night singing and playing keys. Adds drummer Bobby Z: “The next generation needs to see this because this is what it was all about.”

It closes with a sensual, knock-out “Purple Rain,” with Prince in a shimmering cloak delivering a solo that lasts several minutes and shows off an immensely talented guitarist.

“You can tell that he knows what he’s doing there — he is lighting up the world. He always played it like there was no tomorrow. But that one is especially moving,” says Bobby Z.

“Prince and The Revolution: Live” will be released June 3 in a variety of formats, including digital streaming platforms, a three-LP vinyl version, a two-CD version and a Blu-ray of the concert film.

“I was so proud of him and the band we put together and everything at that moment and the fact that it lives on and that this beautiful project is coming out is something special,” says Bobby Z, a Prince friend since they met in 1976. “That band is cooking like a freight train.”

Prince fans have another reason to be happy this summer: “Prince: The Immersive Experience” makes its worldwide debut on June 9 in Chicago. It offers visitors the chance to explore his wardrobe, music influences and hits.

The Syracuse concert came at the end of a 100-odd date tour and Prince and the band are by this time a tight and sleek machine, piggybacking off the wild success of the film “Purple Rain.”

The gig was an early pay-per-view event and was nominated for a Grammy Award for best longform music video. The concert was later put out on VHS but the quality of the audio and visuals were poor.

A celebration of diversity at Loading Dock Gallery – Lowell Sun